Had I Found the Blueprint for Success?

Last year, I read every book on writing and marketing that I could find. I subscribed to a handful of webinars, ‘attended’ email training sessions, and became a rabid devotee of any author with great branding and a promise of how I could succeed in publishing. Even though most of what I heard was not new to me, I felt like I had discovered a blueprint to success. All I had to do was publish prolifically, be helpful, and give away samples of my writing. Although the adjective “prolific” made me a little nervous, I decided to give the approach a try.

The journey hasn’t been all s’mores and champagne for me. 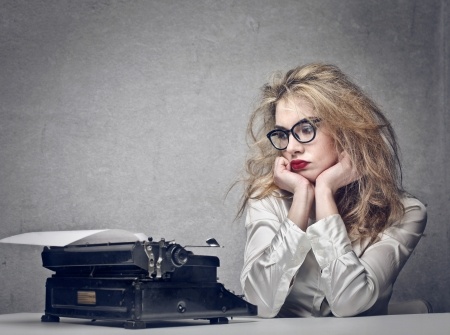 I felt the first doubts about the method when I tried reading several works produced in the paradigm I was eager to emulate. It struck me that while some of these authors are doing well for themselves from a monetary standpoint, and were often quite the social media darlings, I didn’t feel their writing was good. The stories were competent in the way that food at a national restaurant chain is predictable: it won’t make you sick, but it won’t inspire you, either.

There are outliers, of course, and not everyone who publishes abundantly writes formulaic books. My friend Hunter Shea is very prolific, and offhand I can think of at least three new books he released in fairly quick succession (THE MONTUAK MONSTER, ISLAND OF THE FORBIDDEN, and HELL HOLE). Hunter’s work is consistently high-quality and fun to read, but for each one of his books that I enjoyed, there were at least two by other prolific authors that fell flat and ended up on my “didn’t finish” pile.

Despite my doubts, and with Hunter as a positive example, I remained determined to try publishing frequently. I started by drawing up a five year writing plan. In it, I scheduled myself to produce four new works a year. Each publication would have a free introductory “hook,” and at least one of the four publications would be novella-length or longer. I’d churn out works like my name was Krispy Kreme and the stories were 2AM hot donuts! Such was the plan, in any case.

What Happened When I Tried

I did manage two releases in six months (MIXED MEDIA and SPILLWAYS), but I discovered that having an excellent editor means I’m called on my authorial laziness, plot sloppiness, and continuity misfires. To be blunt: I do a lot of rewriting during edits. Getting MIXED MEDIA and SPILLWAYS right was a time consuming process, but I stayed on schedule – barely. At this point, I should reveal that both of those works were already drafted and “just” needed editing.

Long term, my personal slush pile couldn’t be my only source of material. I needed to be able to produce new works at a rate commensurate with my publication goals. To this end, I decided that I would experiment with writing a new work in a compressed timeframe. I blasted out the rough draft in a few weeks, which is amazing given that the only time I have to write is my hour-long bus ride to work. It wasn’t any worse of a first draft than most, but it was also not dazzling. I employed no challenging points of view, nor did I craft within a non-standard form. When the overarching goal was to publish at a frenetic pace, literary merit felt like a “nice to have” rather than an imperative. Under those conditions, my writing devolved to chain restaurant quality. I won’t publish a work that isn’t my best, and I’ve spent multiple editorial cycles improving the story. It is finally worthy of my readers, but getting it that way meant I missed my publication deadline for this piece by two months. So much for writing a “fast” story!

It was an interesting experiment. I think that if I were a full-time writer, I could have better luck with making quicker production turnaround, but my boundary conditions are decidedly not those of a full-time writer. For now, I’m done with attempting a frenetic publishing pace. I can’t honor my literary calling when the focus is on growing my shelf space rather than on the joy of creation.

Author Fatigue is One Thing, But What About Readers?

In a blog post Ania Ahlborn points out another possible downside of rapid-fire publication: reader fatigue. I can’t think of anything more fatiguing than reading masses of sub-par novels… well, other than writing masses of sub-par novels! I love that authors I enjoy have multiple books, but sometimes a year or more will pass between when I read those works. This, for me, is even true with series. There are so many voices to experience, and because my reading time is just as scant as my writing time, I’m apt to drift between genres and temporarily abandon even my favorite author.

I’m glad I tried the approach of fast publishing. I am pleased with the works I produced last year. SPILLWAYS, in particular, contains my best writing, with stories that challenged me as a writer. It is also my least read work – so far. I think that is partly because I am waiting to do a strategic campaign to advertise it, but it might also be a symptom of reader fatigue. If you are curious, you can read MOON SICK, the first story in the collection for free. All you need to do is sign up for my author newsletter at http://www.oddskybooks.com/odd-literati. After you subscribe, you’ll receive a follow-up email with a link to download the story in the format of your choice.

What about you? Have you tried writing at a multi-book per year pace? Do you read everything by your favorite prolific authors as soon as the books hit Amazon’s Whispernet (or the newstands)?