I first met Jonathan D. Allen when he was interviewed by Paul Dail. I was intrigued by the premise for The Corridors of the Dead, but really taken in by Jonathan’s voice in the interview. When I discovered Jonathan’s blog is named ‘Shaggin the Muse,’ I knew I wanted to be friends. It turns out that not only is Jonathan a talented writer, but he is also highly approachable. Chat him up on Twitter (@crimnos)  – you’ll see, he’s one cool cat.

And now, my review…

The Corridors of the Dead, a dark fiction novel by Jonathan D. Allen, is told from Matty’s point of view. Matty works the nightshift at a Circle K convenience store. With her misanthropic attitude and need for ‘time to escape people and work on [her] art,’ the graveyard shift is as perfect a fit as she was likely to find. In the dead of night Matty feels like an ‘inter-dimensional traveler’ and allows the weirdness of the time to give her glimpses into surreal worlds conjured by the media of her visual art. There is nothing random about Allen’s choice of a visual artist as protagonist; it turns out Matty has the ability to breach the illusion of reality in more ways than just through her drawings. Indeed, there is nothing random about the entire, wonderfully crafted introduction. Matty’s voice is authentic and brash. She is a cussing, independent, real person recounting events. Allen deftly leverages Matty’s authenticity to pull off early foreshadowing that is subtle enough not to detract from the narrative flow, but detailed enough to give a jolt of recognition on a second read.

The Corridors of the Dead is a feast for the omnivorous reader. Those who love the traveling-adventuring sections of King’s Dark Tower series will enjoy Allen’s take on the theme of group pilgrimage as way to individual knowledge of self. Allen excels at depicting the word play, intrigue, and tension generated by throwing together a band of travelers, each with their own motivations and secrets. Not that this journey is all talk! There are plenty of action scenes. Fights between cosmic factions take place in a variety of settings, including a fast-paced struggle on a train that exists in a world outside of time. It is in this space outside of time, surrounded by ancient decaying bodies, that Matty learns that her actions might somehow be responsible for a cataclysmic massacre.  This knowledge places Matty at the epicenter of an intractable moral dilemma and allows Allen to raise serious questions, especially around the idea of sacrificing one to save the many.

Matty’s voice carries the work, even through a section near the middle of the novel where the narrative is slower paced than the rocketing start and the mind-boggling revelations of the latter third. Throughout the book, Allen provides a largess of world building and historic back story. The Corridors of the Dead is part of a series, and any suspected excesses in the artificial scope of just one book need to be evaluated in the context of the overall arc of the series as a whole. I trust Allen to use this world and its history to give greater resonance to events in the subsequent installments. In fact, if his incredible use of foreshadowing in the introduction of The Corridors of the Dead is any indication, Allen’s probably already set us up to be wonderfully satisfied when we see how all of the pieces and parts eventually play out.

Allen makes surreal settings and situations feel believable. Whether journeying into alternate worlds or facing a too-close-to home assailant, the authenticity never falters. One of my favorite scenes involves a shotgun toting ‘Eureka Tweeka, a meth head of the lowest class.’  The Tweeka proceeds to rob the store then forces Matty into the trunk of her car with the intent of killing her. Matty’s description of  being inside the trunk? That it ‘smelled like a droid died in there.’  That is just one delightful example from a book replete with surprising metaphors that not only shock or amuse, but also work.

The Corridors of the Dead is a book you’ll want on your 2012 reading list. It combines an end-of-the-world theme with engaging dialog, memorable characters, and trans-dimensional adventure. Best of all, Matty will be back in the continuation of the series!

Go on an inter-dimensional adventure! Purchase THE CORRIDORS OF THE DEAD on Amazon or Barnes and Noble. 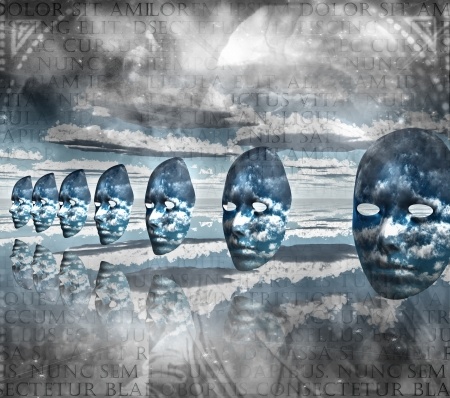